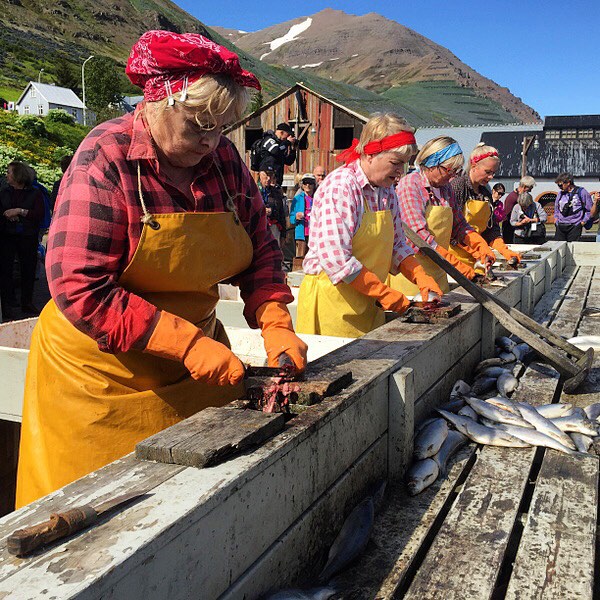 “There were cute boys on the ships who came in with the herring.” That’s part of what made being a herring girl in Siglufjörður, Iceland so much fun.

Even though these women sometimes worked 24 hours straight, they assured me those summers were the best of their lives. Two of the women here started working alongside their mothers when they were only seven years old.

The herring collapsed here in 1968, but the women re-live the tradition every week in these demonstrations.

For these girls in the 1950s, a typical day could start anytime with a knock on the window that meant one thing: herring. They ran to the docks and worked all day cleaning the fish and packing them (with plenty of salt) into barrels; a few cents a barrel, up to 26 barrels a day and a 3 month season meant a good living that lasted the rest of the year.
They told me “pregnant women would work until five minutes before labour and then return with the baby in a box by their side.”