Meet Joachim Myhrvang, a man who spends his days underground while dreaming of the ocean.

At 7 a.m., Monday to Friday, Myhrvang enters Mine 7, pours himself a cup of coffee, and walks through the door from the clean zone into the dirty zone. He pulls on the work clothes hanging in his locker, and when he’s ready to head into the mine, he turns over a name tag hanging on the wall. Then he puts on his hard hat (with a built-in headlamp and ear protection) and climbs into the truck with his crew.

This part of the daily commute takes 15 minutes and transports the men deep inside the mountain. After the first 5 km (3 mi) — straight in, not down — the ceiling drops, and the men transfer into special low-riding personnel carriers that take them to their work zone, 1 km (0.6 miles) further on. By the time they reach the coal face, headroom ranges from 120 to 160 cm (47 to 63 in). They spend their days doubled over and bracing themselves against the mountain.

“The worst, in the beginning, is the knees,” said Myhrvang. “Then you get used to it — like everything else.”

Myhrvang and his fellow miners employ an excavation technique that removes only 70 percent of the coal, but decreases the risk of the tunnel collapsing. The mine hasn’t lost a day to injury since 2008.

Myhrvang grew up in mainland Norway, but started working at Mine 7 in 2011. He leads one of the two teams that work each day, and although the mine is run by the Store Norske Spitsbergen Kulkompani (SNSK, est. 1916), the place has a Mom-and-Pop feel. There are only a dozen miners at work, tools have been left out in the workshop and the ashtrays are overflowing. Labeled mugs hang next to girly calendars.

By the end of the day, Myhrvang’s bright smile stands out against a face covered in coal dust.

“Coal mining is not that special anymore,” he said. “Tourism is up and now mining is an insecure job. We don’t know how long they want to keep up the mining. There are guys here with families and kids, so for sure we think about it.” Since 2015, SNSK has committed to doubling the production at Mine 7 and increasing the number of miners, but it comes with the price of shutting down the company’s largest mines elsewhere on the island of Spitsbergen. 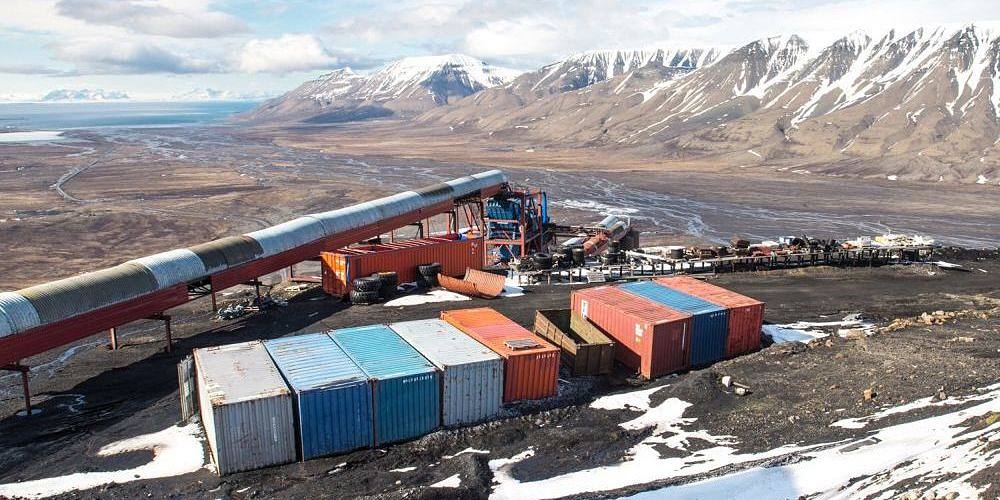 Mine 7 is 15 kilometers (9.3 miles) from Longyearbyen. It has been in production since 1975 and produces approximately 70,000 tons of coal annually. (Eric Guth)

When it’s time to go home, Myhrvang excuses himself to clean up. He reemerges 10 minutes later looking like a different person. His face is clean and he’s wearing thick-rimmed glasses. A plaid collar sticks out from under his jacket. The conversation changes too, as though the coal mine was washed away in the shower. It turns out that Myhrvang is a sailor.

He pulls out his iPhone and shows off his pride and joy, the Ocean Ice. She’s a 44-foot ketch, and Myhrvang just bought her. He plans to pilot her north from mainland Norway to Svalbard, charter her out when he can, and spend as much time as possible exploring the summer sea where the sun never sets.

This article was first published at Arctic Deeply on March 17, 2016.